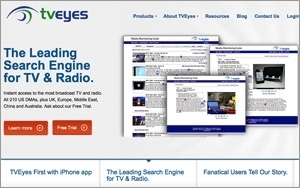 In a blow to Fox News Network, a federal judge has ruled that television monitoring service TVEyes makes fair use of Fox News Network's material by indexing news clips and providing snippets of them to subscribers.

U.S. District Court Judge Alvin Hellerstein in Manhattan said in a ruling issued this week that TVEyes' indexing and clipping service was “transformative,” and therefore a fair use, because it serves a different function from the original broadcasts.

“Without TVEyes, there is no other way to sift through more than 27,000 hours of programming broadcast on television daily, most of which is not available online or anywhere else, to track and discover information,” Hellerstein wrote of the service, which counts the White House, Bloomberg, Goldman Sachs and branches of the U.S. military among its 2,200 paying subscribers.

“The White House uses TVEyes to evaluate news stories and give feedback to the press corps,” Hellerstein wrote. “The United States Army uses TVEyes to track media coverage of military operations in remote locations, to ensure national security and the safety of American troops.”

The ruling stems from a lawsuit filed last year by Fox News. The broadcaster alleged that TV Eyes infringed copyright with its searchable news database, which offered subscribers the opportunity to search programs and watch online video clips from shows like “On the Record with Greta Van Sustren” and “Special Report with Bret Baier.”

TVEyes enables subscribers to its $500 a month service to search for programs by keywords, view snippets and download and share clips. To accomplish this, TV Eyes records every program broadcast on more than 1,400 TV and radio stations.

Hellerstein rejected that contention, writing that TVEyes doesn't harm the market for Fox's original broadcasts. “No reasonable juror could find that people are using TVEyes as a substitute for watching Fox News broadcasts on television,” he wrote. “Fox News has not shown that TVEyes poses a risk to it of reduced returns on advertising rates or revenues because of alleged diversions of television viewers.”

Hellerstein also rejected Fox's argument that its “hot news” -- or time-sensitive scoops -- were being misappropriated by TV Eyes. “TVEyes is not a valuable service because its subscribers credit it as a reliable news outlet, it is valuable because it reports what the news outlets and commentators are saying and
therefore does not 'scoop' or free-ride on the news services,” he wrote.

But the decision wasn't a complete victory for TVEyes. Hellerstein said in the opinion that he needed more information before deciding whether a host of additional TVEyes features -- including those that allow users to download and share clips -- are covered by fair-use principles.

Hellerstein directed TVEyes and Fox News to submit papers by Oct. 1 outlining their next moves in the case.