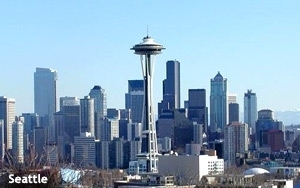 Global transportation advertising company Titan has won a new, 10-year contract with Sound Transit, which serves the central Puget Sound area with buses, light rail lines and commuter rail services connecting Seattle, Everett, Tacoma and Bellevue, along with a number of other towns and neighborhoods across King, Pierce and Snohomish counties.

Altogether, Sound Transit serves an area of over 1,000 square miles with a population of around e million people.

Titan previously had an advertising representation deal with Sound Transit from 2006-2009. The renewed relationship buttresses Titan’s other contracts in the Seattle metro area, including King County Metro, Pierce Transit and Community Transit, which together reach around 55% of Seattle’s population.

These transit contracts are strategic advertising platforms because Seattle and many neighboring cities have sharply limited other types of outdoor advertising, including roadside billboards along highways and in urban areas.

Titan has notched up a number of new contracts over the last year.

In April, Titan secured its position in the Northeast with a new five-year advertising sales contract with the Southeastern Pennsylvania Transportation Authority, which operates the commuter rail and mass transit network serving the Philadelphia metropolitan area. The renewed contract has the option for two two-year extensions, and will generate at least $150 million for SEPTA over the full nine-year period.

Last August, the company’s airport division, Titan Air, won a five-year deal with Charlotte Douglas International Airport. As part of the deal, Titan will refurbish and expand the Charlotte airport’s advertising inventory, including the addition of new digital displays that will carry advertising, as well as information and entertainment content.