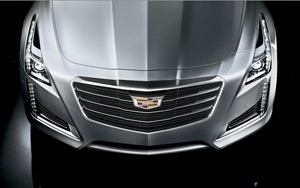 Cadillac is moving to New York, and will function as a business unit separate from the mothership. The move includes new global headquarters in the Big Apple.

The company says the move gives the brand "more focus and clarity." “With the relentless upward repositioning of successive new-generation Cadillac products, the next logical step is to provide Cadillac more freedom to cultivate the brand in pursuit of further global growth,” said GM President Dan Ammann in a statement.

The company's new digs in the city will be a "multipurpose brand and event space in conjunction with modern loft offices." No, it won't be in GM's former abode at Fifth Avenue and 59th Street at the corner of Central Park, where the Apple Store is now the prominent brand.

Infiniti expat Johan de Nysschen, who joined Cadillac as its new president in August, will be responsible for the brand’s overall operational performance.

The new headquarters won't be just a PR and event space. The brand, which has a footprint in 40 countries, and is on a boom in China, says oversight and responsibility for U.S. and global operations will be there, while technical product development teams remain in Michigan. The company says the division is still working out which management teams will be in New York and which will remain in the Motor City.

New York Gov. Andrew Cuomo weighed in, saying: "From Day One, our administration has been creating a more business-friendly environment that encourages new investments and job creation, and today is another example of how that approach is delivering results for New Yorkers."

Cadillac joins BMW and Mercedes-Benz. The two German brands are across the Hudson in New Jersey. And Ford Motor's Lincoln division moved its ad agency to New York two years ago. It makes sense from the media perspective, given New York's media centrality. And the region is also one of the top global luxury vehicle markets and the top SUV market. Could such a move be a distraction for Cadillac?

Karl Brauer, senior analyst at Kelley Blue Book’s KBB.com, opined that while Cadillac's product line is stronger than it has been in years, it hasn't helped sales and market share. He says the move to New York may not help much, either. "What's really needed is clearer direction in Cadillac's sales and marketing efforts. The new management team needs to find its footing and execute in these areas as quickly as possible." He also suggests the move itself could delay that hard navel gazing work.

Said Eric Ibara, senior analyst at KBB.com: "Cadillac's engineers and designers have shown they are capable of bringing competitive products to market.  However, the brand is discovering that this is not the only criteria for success in the luxury market."