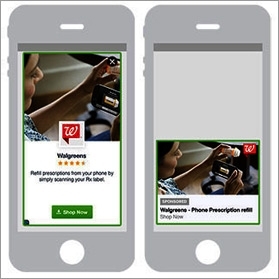 After launching its Audience Network in April with a limited set of partners for testing, Facebook has opened up the ability to run ads in mobile apps outside the social network to all advertisers and developers. The company on Tuesday also announced the addition of a new in-app ad format through the platform that extends Facebook’s ad targeting and measurement to third-party apps.

“Over the past few months, we’ve optimized our network to improve performance, and today we're formally launching and extending the service to more developers and publishers across the globe,” stated a post on the Facebook Developers blog today.

The Audience Network offers three types for in-app ads—banners, interstitials and a native format designed to blend with surrounding content in the apps where they appear. Beyond ads geared to driving app engagement and installs, Facebook introduced a new “link ad” option that lets marketers drive traffic to their mobile Web sites.

Facebook suggested early results have been positive. Walgreen’s, for example, is increasing its reach by 5% and its click-through rate by 4.5 times in tests with the Audience Network. Compared to prior Facebook campaigns, HarperCollins saw a 16% increase in impressions. Among other publishers that have used the new marketing tool to date are Zynga, Le Monde, Wooga, Shazam and Glu Mobile.

App Install Ads within Facebook have already proven a key factor in driving the growth of the company’s mobile ad business, which accounted for 62% of its total ad revenue at the end of the second quarter. The app ads alone made up 15%-20% of Facebook’s mobile ad sales, according to an estimate by JPMorgan analyst Doug Anmuth last week.

As of today, Facebook said all app ads and link ads are eligible to appear in the Audience Network via the Ads Create tool, Power Editor and Facebook Ads API.