Medifast Selects GKV As Its Agency of Record 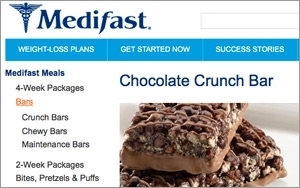 Medifast, Inc., the Owings Mills, Maryland-based marketer of weight-loss products and programs, has selected Baltimore-based ad shop GKV as its Agency of Record after a review, the company confirmed Wednesday.

The scope of work includes market research, strategic planning, branding, creative (for TV, radio, print and digital) and direct response. Previously the company did not have an AOR relationship with an  ad agency. Other shops participating in the review could not be immediately identified.

Medifast spent about $25 million on ads in 2013 according to Kantar, down $2 million or about 6% from the $27 million it spent in 2012. The client confirmed that its spending last year was a little more than $25 million.  The firm also confirmed that ad expenditures in the first half of this year totaled $13.6 million.

When it released full-year 2013 results in March Medifast said it cut ad spending in the fourth quarter “in line with the focus to maximize efficiencies and optimize profits.” The company is in the midst of a strategic shift to a franchise model and is selling most of its corporate owned centers.

The firm also said it spent less on ads in the second quarter of this year as it continued to adjust its revenue-to-spend ratio. First half revenue was down 15% to $167.4 million, while net profits were down about 11%.  But it also said it expected to spend additional marketing dollars in the second half of this year versus the same period in 2013.

“From the start of this very competitive review process, GKV’s passion for our business and our brand came across loud and clear,” stated Brian Kagen, Executive Vice President/Chief Marketing Officer of Medifast. “The GKV team demonstrated a strong knowledge base of the category, compelling concepts to grow each of our business segments, and a commitment to providing the resources and professionals we need to succeed in the future.”

GKV, with annualized billings of $122 million, has experience in the weight loss category, having worked in the past with both NutriSystem and Jenny Craig, the shop confirmed.

In August Medifast adopted a so-called “poison pill” plan after a Massachusetts-based firm, ModusLink Securities reportedly bought close to 10% of Medifast’s outstanding stock. While ModusLink’s efforts were widely perceived at the time as an attempted hostile takeover Medifast said the plan was not implemented in response to any specific takeover proposal.
accounts, advertising, agency, agency review
Next story loading