Wearables Won't Be Something Marketers Can Just Throw On 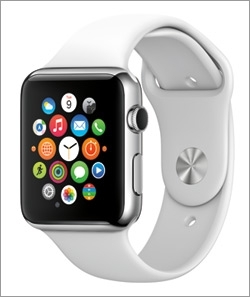 A new PricewaterhouseCoopers study released today on the emerging wearable device market highlights a familiar theme: that tech-savvy Millennials in particular will lead wider adoption of new gadgets as an extension of their always-on connected lifestyles.

But "The Wearable Future” report, which surveyed 1,000 U.S. consumers, wearable “influencers” and business executives, also pointed to some of the challenges for marketers seeking to capitalize on the category’s growth. For one thing, the report acknowledges that the most common wearables to date, like fitness bands and smartwatches, haven’t really caught on yet.

Although it estimates 20% of American adults own some type of wearable device, a third who bought one more than a year ago say they no longer use them at all. They’re victims of back-of-the-sock drawer syndrome, pushed out of sight and forgotten. The study also revealed widespread privacy concerns, with 82% worried wearable tech would invade their privacy, and 86% expressing unease about security breaches.

The poster child for those concerns, of course, has been Google Glass, the search giant’s much-mocked eyewear that gave birth to the term “glasshole,” partly resulting from annoyance at the device’s potential for covert surveillance in everyday life. Needless to say, the product remains very much in the early adopter phase, without showing mainstream potential.

Still, the PwC report suggests more than half of millennials (53%) are excited about the future of wearables, citing improved safety (e.g., child monitoring), healthier living, and simplicity, and ease of use as the top three potential benefits. How and when that interest translates into a mass audience is anyone’s guess, however. And if much of what consumers want from wearables centers on utility and convenience, how much room does that leave for brands and advertisers, and how many?

If a major athletic brand like Nike threw in the towel on its FuelBand hardware, that doesn’t send an encouraging signal to other companies eyeing the market. The study suggests consumers have high demand for wearables, "with a list of requirements to enable interaction with the brand in a mobile and wearable environment.”

If brands instead will be focusing on software to avoid the expense and hassle of building hardware themselves, they will at least want their apps to run on a device that can deliver a large audience.

Right now, the Apple Watch bears the weight of those expectations, with third-party developers including Major League Baseball, BMW, Pinterest, Nike and American Airlines, among others, creating apps for smartwatch set to debut next year. Despite the buzz around Apple Watch, a lot of questions remain about how much users want to interact with its tiny interface, or shell out at least $349 for what amounts to an iPhone extension.

A larger question is whether the smartphone will maintain their role as the so-called remote control for life, keeping specialized gadgets on the fringes. It is a wearable device of sorts, after all. And considering that it's often used in tandem with devices like the Apple Watch and fitness trackers, it doesn't look like the smartphone is about to disappear anytime soon. Whether wearable devices will become as ubiquitous is much harder to tell.