Ubisoft Knows The Meaning Of A Close Shave 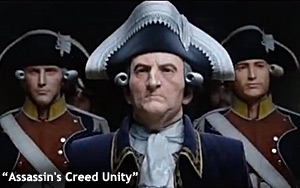 As a game, Ubisoft’s Assassin’s Creed franchise has its fair share of close calls built into the story. With the newest release, "Assassin’s Creed Unity," coming out next week, the game is taking the idea of a close shave literally.

The game has partnered with Edge Shave Gel on a promotion featuring limited edition cans and exclusive content (and a promotion with Target) for the game’s Nov. 11 launch.

“The partnership between Edge and Ubisoft touches on a mutual passion point for men in gaming,” a representative for Edge tells Marketing Daily. “The gaming community is extremely engaged and curious, always looking for advantages that give them a leg up among their fellow competitors. The partnership offers men a chance to receive those advantages in and out of the game.”

The promotion includes three limited-edition cans that feature Assassin’s Creed artwork and codes for exclusive game content, such as downloadable swords, armor and disguises. In a promotion with Target, buyers who purchase both the game and the limited edition shave gel, will also receive a $10 gift card to the retailer.

“Edge users love adventure and challenges — and gaming is usually top on their list of favorite activities,” the representative says. “With Assassin’s Creed introducing its next chapter, its fan base continues to grow with that same thirst for adventure and the challenges presented in the game itself.”