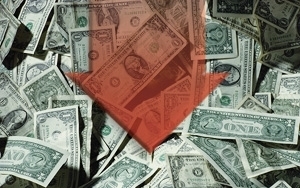 A softer-than-usual TV upfront market continues to hamper both broadcast and cable networks.

For October, total TV lost 9% in overall share of dollars for those media agencies that work with Standard Media Index. SMI is a research company that compiles actual TV and media-buying data from media agencies representing 75% of the market.

By contrast, digital gained 11% during the period, and newspapers were also up 5%. Going south were magazines, losing 8%; out-of-home, giving up 10%; and radio, down 4%.

James Fennessy, chief commercial officer for Standard Media Index, says: “This shows the weakness in the upfront market for the new season and the networks holding inventory back to attract higher pricing.” Fennessy says SMI results from its media agencies “are just under $50 billion of invoice value through October.”

Upfront spending for many TV marketers typically starts when the broadcast TV season begins in mid-September. Other TV upfront advertising deals can begin earlier, and some later.

Cable networks witnessed a bigger dip year-to-year, with upfront revenues making up 76.7% of all its prime-time media placed in October and 23.3% coming from scatter. A year ago in October, cable got 82.7% of its media placed from upfront deals; 17.3% from scatter.

Comparing media from January to October of this year, total media dollars witnessed 6% year-over-year growth. TV grew 5% during the period to an industry-leading 59% share -- with cable TV at a 26% share; broadcast networks, 21%; local TV spot, 8%; national syndication, 2%; and local cable, 2%.

Digital had the fastest growth during the period -- an 18% improvement over the same period a year ago. Digital now has a 25% share of media dollars.