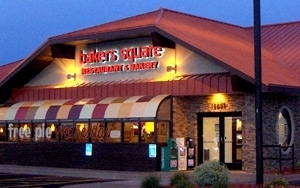 Restaurant chain Bakers Square asserts that its serves the best pies in America, and now, executives hope to spread the word more prominently through its new agency of record HY Connect.

“We know how competitive business is in the family and casual dining segments,” said HY Connect President Dave Sheehan. “We see some great opportunities to shape and share the Bakers Square story, starting with its strongest equity – The Best Pies in America.”

Campaign efforts will focus on "breakthrough creative with strong consumer relevancy," the agency says. The first work is expected in the first half of 2015.

Bakers Square has spent $100,000 on advertising between January and June 2014, up significantly from $40,000 spent during the same time frame in 2013, according to Kantar Media. In fact, the brand has spent more on advertising during the first six months of this year than its entire 2013 ad budget of $87,000.

HY Connect's strong experience with challenger brands as well as expertise in the Midwest markets which Bakers Square operates in helped to land this account, say executives.The full-service independent agency's other clients include Yamaha, BlueCross BlueShield, and First Tennessee.