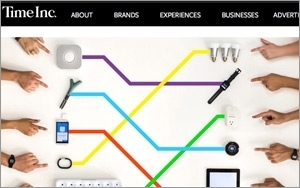 Time Inc. has entered into a new strategic partnership with technology firm IFTTT (which stands for “if this then that”) with the goal of boosting cross-channel distribution of its digital content. The new service, called Channels on IFTTT, will debut with Time Inc. titles, including Entertainment Weekly, InStyle, People, Sports Illustrated and Time.

The Channels on IFTTT service will allow consumers to access, share, and store content from Time Inc. magazines across a wide range of apps and devices, including Twitter, Tumblr, Evernote, Pocket, iOS and Android, while preserving the provenance of each piece of content.

Content distribution will be powered by Time Inc.’s OneBot social trending tool, enabling a variety of customized notifications. For example, consumers can choose to have content served directly to their devices with iOS and Android notifications when articles from Sports Illustrated or People go viral, via weekly email digests from Time, and with automatic distribution with Twitter or Facebook feeds.

Time Inc., which was spun off as an independent company in June, has been moving to expand its digital distribution with new content hubs and more flexible delivery mechanisms. Earlier this year, for example, the publisher launched a new stand-alone digital video portal, The Daily Cut, with content from all its publications.