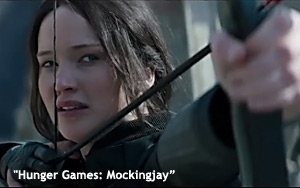 U.S. theatrical box office revenue is on track to sink anywhere from 5% to 7% versus a year ago -- its poorest results since 2011.

U.S. box office receipts could drop around 5% to $10.2 billion, according to Rentrak. Some blame goes to other entertainment diversions, such as the World Cup earlier this summer. Also, July 4th — a big moviegoing day — landed on Friday, a big movie day of the week.

Other estimates position a slightly worse scenario: ShowBuzzDaily.com says the business is looking at a 7% decline as of December 28 — down to $9.4 billion from $10.06 billion. The previous low was $9.14 billion in 2011.

The big studio winner, according to ShowBuzzDaily, was 20th Century Fox, at $1.942 billion. Next comes Warner Bros. at $1.564 billion, followed by Walt Disney, $1.516 billion; Universal Pictures, $1.298 billion; Sony Pictures Entertainment, $1.250 billion; Paramount, $974 million; and Lionsgate/Summit, $728 million. (ShowBuzzDaily defines the start of each year as the first Monday after New Year’s Day, and ends on the Sunday after New Year’s Day the following calendar year.)