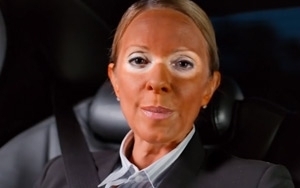 Chubb Insurance is launching its first new campaign In five years positioning the brand as the insurance company that consumers are glad they chose when push comes to shove.

The humorous campaign shows some of the regrettable choices consumers might make -- like a bad perm or overtanning (except for the really obvious goggle lines.) The 30-second spot will air on CNBC, ESPN, Golf Channel and Tennis Channel.

Print ads twill run in The Wall Street Journal, The New York Times and in insurance trade publications. The campaign broke Jan. 12 and was created by DiMassimo Goldstein. It will run at least through 2015.

While the rest of the industry has commoditized insurance by leading with price and convenience (GEICO’s 15 minutes vs. Esurance’s 7 minutes) or kitschy personas (Progressive’s Flo and Allstate’s “Mayhem”), Chubb believes that today’s consumers value quality coverage more than they value price.

“The campaign is aimed at people who bought insurance based on price alone -- a decision they would regret following a claim -– as well as those that have outgrown their current mass-market provider and are ready to move up to Chubb,” Mark Greenberg, Chubb senior vice president and chief communications officer, whose department oversaw the creation of the campaign. tells Marketing Daily.

Often, those who purchase “cheap” insurance are later burned by their decision. Others may find that they have outgrown their current insurance and are ready to move up to Chubb. Some people and businesses might regard Chubb as unapproachable, but this campaign highlights that that’s not the case.

“Our new tagline, 'Insurance Against Regret', aims to remind people that we’re all human and we all make bad decisions from time to time,” Greenberg says. “But when it comes to protecting your personal assets or business, don’t regret your choice of insurer."