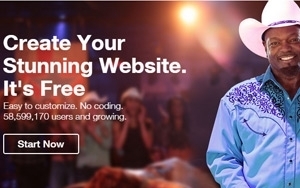 YouTube will bring back AdBlitz for another year, allowing Super Bowl advertising fans to view and choose their favorite campaigns from Super Bowl game day commercials. This year the site will live stream a halftime show produced in collaboration with Collective Digital Studio. Filmed at the YouTube Space L.A., the show will feature more than 20 YouTube creators and musicians with more than 60 million combined subscribers including Harley Morenstein from Epic Meal Time, Freddie Wong, Rhett & Link, and Toby Turner, among others.

To vote for the winning Super Bowl spots, viewers come to the site, cast their vote, and after a week of competition votes are tallied to reveal the champs. The winners of the most loved advertisements are determined by fan voting, not by number of views. Voting opens at the conclusion of the Super Bowl game, and lasts for about a week.

The site also will have a post-game content gallery where advertisers can continue the conversation with their viewers by providing follow-on or behind-the-scenes footage of their Super Bowl spot. And after the game ends, viewers will have until 11:59 p.m. ET on Feb. 9 to cast their vote on their favorite spot.

AdBlitz channel will offer teasers this year. Carnival Corp., for instance, will debut a plethora of spots that capitalize on its new branding strategy. In the teaser gallery, viewers can view the spots before the game from a variety of brands that submit pre-game ads. As soon as the ad airs on television, the brand will upload the spot to AdBlitz so viewers can see their favorites.

Last year, viewers watched 6.3 million hours of Super Bowl ads and teasers on YouTube -- nearly double the time compared with the previous year. That number equates to flying from Phoenix to the moon and back 87,500 times, or viewing every National Football League (NFL) game in history 138 times. Of the 379 million views, more than 40% occurred prior to game day.

In 2014, Budweiser's "Puppy Love," Jaguar's British Villains "Rendezvous," and Chrysler's "America's Import" took top honors. Super Bowl ads were watched more than 160 million times on YouTube before last year’s game began. Commercials that were released on YouTube before they aired during the game drove 2.5 times more views on average than commercials that were released on game day.