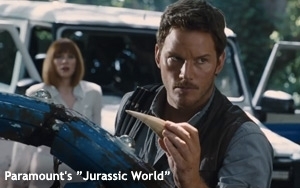 Most of Super Bowl XLIX’s advertisers will lose money on their investment in the Super Bowl, per Brand Keys’ 13th annual “Super Bowl Ad Engagement Survey.”

Robert Passikoff, president of the loyalty and engagement marketing and branding firm, says advertisers are looking for five things for their $4 million: a big audience, a lot of buzz, lots of social networking, a big creative statement and emotional brand engagement. Most aren’t getting them, especially the last one. “Number five is most important because it’s a leading-indicator of consumers’ positive behavior toward the brand in the only arena that counts — the real-world marketplace,” he said.

The firm said consumers found that only 46% — or 12 of the 26 Super Bowl-advertising brands examined — were both engaging and entertaining, which is lower than the 12-year historical average of 50%. They are BMW, Doritos, Dove Men + Care, GoDaddy, Mercedes, Nissan, Paramount Pictures (Jurassic World), Pepsi, Skittles, Snickers, Toyota, and WeatherTech.

According to consumer perceptions and social networking, Budweiser, Coke, McDonald's and Morphie, were considered “highly entertaining” but with low engagement.

“Agencies and marketers hope their ads will be entertaining,” noted Passikoff. “But advertising must be judged not by entertainment value alone or related social network activities, but how it performs in the marketplace. Does the ad engage and build brand equity? Does it engage enough to drive sales? If so, you’ll see positive bottom line impact, even if the advertising wasn’t as entertaining as envisioned. A brand that can both engage and entertain is a real Super Bowl winner.”

Assessments were collected via mobile software from a national sample of 2,705 men and women who indicated they were going to watch the Super Bowl, and were category and brand users. The firm measured social networking activities for brands advertising on the Super Bowl, consumers’ emotional engagement for the brand itself, and the brand within the context of the Super Bowl broadcast.

advertising, engagement, research, super bowl, tv
3 comments about "Most Brands Aren't Getting What They Are Paying For In Super Bowl ".
Check to receive email when comments are posted.
Read more comments >
Next story loading