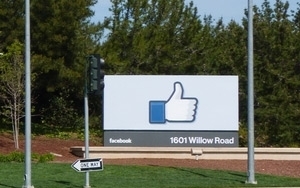 Calling for an end to click-based ad measurements, Facebook is rolling out a new model that determines online or offline sales “lift” as a result of online ads.

As part of broader effort that stretches back to 2013, the social giant says it can now determine conversion rates as a result of consumers simply seeing digital ads. “By using lift measurement, an advertiser can determine the incremental business/sales that the ad impressions caused,” a Facebook spokeswoman explains.

Analysts applauded the move on Tuesday. “By offering its advertisers a measure of conversion lift, Facebook is smartly catering to advertisers that want to understand how ad dollars aren't just driving clicks but actual sales,” said eMarketer analyst Lauren Fisher.

In lieu of clicks, Facebook uses test groups — one exposed to specific ads and the other not — to determine the sales lift of individual campaigns. “Advertisers can determine what sales were driven by what ads and see the additional lift that occurred among the test group,” according to a Facebook spokeswoman.

“This is a similar methodology that many other industries use — from medicine to direct mail marketing — to determine causation,” she added.

Facebook accounted for a 7.75% share of all global digital ad revenues last year, an increase from 5.75% in 2013, according to eMarketer.

Facebook has good reason to loathe click-based ad measurements. Citing data from Datalogix, the social giant says that 90% of users who viewed ads on its network and purchased in-store never clicked on an ad.