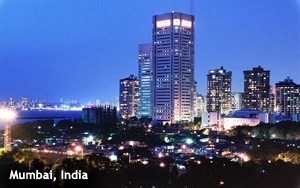 Dentsu Aegis Network is expanding its holdings in India with the acquisition of digital agency WATConsult, based in Mumbai. Terms were not disclosed, but India’s Economic Timesreported the price to be about $30 million.

Dentsu did confirm that it will initially acquire 90% of the agency, then buy the remaining 10% over time.

The digital shop has offices in Delhi, Bangalore and Kolkata, in addition to its Mumbai headquarters and has a staff of 160.

Dentsu said the agency would become part of Dentsu Aegis Network’s global digital marketing agency Isobar and will be referred to as “WATConsult – Linked by Isobar.”

“The acquisition of WATConsult marks another significant step for our group in India,” said Nick Waters, CEO Dentsu Aegis Network Asia Pacific. “This is a high-quality award-winning market leader specializing in one of the fastest-growing and critical segments of the market.” Teamed with Isobar and alongside sibling agencies iProspect and Webchutney, Waters added: “We view India as a priority market and will continue to seek scaled and quality investment opportunities here.”

Founded in 2007, WATConsult has been led by founder and CEO Rajiv Dingra, a digital entrepreneur and recognized thought leader in social media, according to Dentsu.

Dentsu said that Dingra will continue as CEO of the agency, reporting to Ashish Bhasin, Chairman and CEO of Dentsu Aegis Network South Asia. His key management team, including COO Nipun Kapur, and CFO Heeru Dingra, will also continue in their respective roles. Rajiv will also join the Digital Council of Dentsu Aegis Network India, alongside the CEO’s of Isobar, iProspect and WebChutney.

Digital specialists at Dentsu Aegis Network in India will now exceed 600 staffers, which Dentsu claimed makes it “the only network in India offering end-to end comprehensive digital services in this scale.”

Having evolved from being a social-media agency to a full service digital agency, WATConsult also provides its client base with creative and technology services across mobile, digital and video. Other specialist areas include an in-house analytics capability with dashboards and tools for social and digital media.

Clients include the Godrej Group, Nikon, Tata Chemicals, Bestseller Group, Bajaj Allianz and more than 70 other national and global brands.

Dentsu reported that WATConsult had gross profits of approximately $2.6 million for the fiscal year ended March 2014.