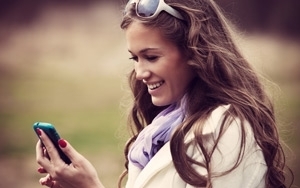 The ability to solve wireless customers’ problems via online chat is not only becoming more sophisticated, it’s leading to greater satisfaction rates.

According to J.D. Power’s most recent Wireless Customer Care study, overall satisfaction is higher among those who go online to solve a problem, rather than through a traditional phone call (778 vs. 763 on a 1,000-point scale). Among those online users, those who use the chat feature are also more satisfied than those using social media and e-mail to solve a problem (782, compared with 775 and 764, respectively).

The reason, according to Kirk Parsons, senior director of the telecom practice at J.D. Power, is the ability of online chat to be much more focused about solving the customer’s specific issue quickly, rather than having to go through either an automated phone system or routed through different representatives, or having to wait for a social media or e-mail response.

“It’s become a lot easier to chat online than it has been in the past,” Parsons tells Marketing Daily. “The representative on the other side of the window -- they’re very specific about finding out what you’re looking for.”

The use of online chat is also growing, Parsons notes. Among full-service wireless customers who solve their issues online, 55% said they have used the chat function, an increase of 12% over the previous year. Online satisfaction rates were also substantially higher (134 points) when the chat representative used the customer’s name and had account information immediately available.

Though many more customers report having their issue solved on the first attempt through online chat, (68% first-contact resolution rate via chat, compared with 61% when not using chat), wireless carriers should look into further developing chat to help solve even complex technological issues, Parsons says.

“Customers are using chat, and it seems to be working,” Parsons says. “As more people become more used to using it, they are going to be using it for even more.”