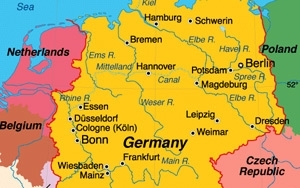 Germany has the second-largest digital ad spend by marketers in Europe, and is one of the fastest-growing EU markets, said James Green, Magnetic CEO. "It became clear that we needed two boots on the ground," he said. "We have also added a dedicated team for France, which is currently operating out of our European headquarters."

Magnetic opened its European headquarters in London early in 2014, and has seen tremendous growth throughout the past year. This led to additional interest in search retargeting from other European Union markets.

comScore estimates nearly 30% of all searches occur each month on engines other then Google. Magnetic's approach to retargeting advertisements is based on a large pool of intent data collected from partner publishers such as price comparison and product review, vertical, and e-commerce sites.

Green believes that search and site data are strong indicators for identifying a user's intent as they travel along their path to purchase. Specific target segments and keywords are defined from a range of search analysis data. Search retargeting proves successful, but there are hurdles to overcome. A consumer might have interest in a product online and buy it offline, yet they continue to see the ad online because there is a disconnect between the retailer's or brand's cross-channel marketing platforms. Millions are lost in targeting an ad to a consumer for a product they already bought

Brüwer, a British-German dual national, will lead Magnetic's first German office as country manager. He spent more than ten years in several positions in online marketing in the German market working at Vibrant Media, Centrin Media, Dynamic Project Group, and Outbrain. He most recently served as CMO of Roombeats.

Magnetic's global revenue, growing 257% since 2012, demonstrates the increase in retargeting among advertisers.