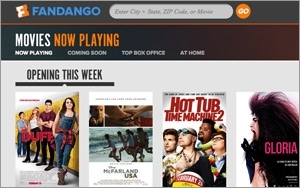 As much as anything else, a big film’s online buzz has a direct correlation to how successful that film will be on its opening weekend.

According to a new study from two NYU Stern School of Business professors and a business co-author, the amount of chatter a film is getting three weeks prior to its release on film-specific websites (such as Fandango and TrailerAddict), is a decent indicator of the film’s opening weekend grosses. Conversely, the study found that star power and MPAA rating had less to do with the opening weekend revenues.

“There’s a lot of info out there. It exists and it’s readily available,” professor C. Samuel Craig tells Marketing Daily. “All you have to do is capture it. It gives you a better idea of what you need to do to inform the market before [the film] hits theaters.”

Craig and co-authors William Green and Anthony Versaci (of AIG) analyzed 62 wide-release films over a six-month period. Among the top factors that led to increased online buzz were the film’s budget, its genre (horror and action do better than other genres) and whether the film is a sequel or not.

“This goes to show that studios do not have to remain passive bystanders, but can become actively involved in managing consumer engagement online,” Craig says. “Similarly, studio executives can get an early read on its prospects.”

The study gives studio marketers another metric to consider when trying to boost their movie’s opening weekend, Craig says. By monitoring online buzz as far as three weeks before release, studios can adjust their marketing plans to either generate more online chatter, or back off if things seem to be going well, he says.

“You can move quickly if you’re trying to take advantage of the conversation that’s going on online, and use that to market beforehand,” Craig says. “If awareness is high, you can dial back your ad spend.”

The full study, “E-Word of Mouth: Early Predictor of Audience Engagement – How Pre-Release ‘E-WOM’ Drives Box-Office Outcomes of Movies,” will be published in the March issue of the Journal of Advertising Research.