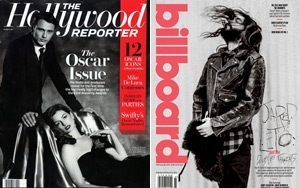 Another magazine publisher is bolstering its in-house native advertising creative capabilities, with Billboard and The Hollywood Reporter’s unveiling of Adapt Studios, a branded content division that will help brands reach consumers in entertainment and music contexts.

The new branded content studio is led by M. Tye Comer, who previously served as editor of Billboard.com.

Adapt Studios will use Billboard and The Hollywood Reporter’s production capabilities at music and film festivals and leverage their access to top entertainment and music personalities in its branded content creation.

Among other proprietary resources, the studio will be able to draw on data from the Billboard+Twitter Realtime Charts for incorporation into branded content and native ad campaigns. It will also create branded content to reach fashion industry readers via Pret-a-Reporter, The Hollywood Reporter’s style and beauty outlet.

The Hollywood Reporter and Billboard, both part of Guggenheim Media’s Entertainment Group, together claim to reach 23.1 million unique visitors per month in the U.S. through their various digital channels.

As noted, the entertainment and music publications are just the latest magazines to create in-house branded content and native advertising divisions. In January, Condé Nast launched 23 Stories, a new branded content studio that will help its advertising clients engage consumers, especially in the coveted millennial demographic, by tapping into the expertise of the publisher’s own editorial teams.

Headed by Pat Connolly, Condé Nast Media Group’s vice president for marketing solutions, the new in-house studio includes a video development and production team. It draws on editorial talent from across the Media Group, as well as production know-how from Condé Nast Entertainment, formed in 2013 to bolster its video offerings.