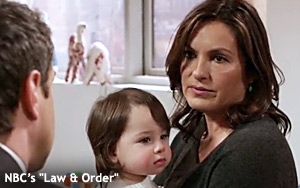 Cable networks' unexpected ratings declines a year ago were largely the result of double-digit percentage declines among general entertainment and kids programming. General entertainment programming -- original and acquired scripted TV shows and movies -- witnessed an 11% decline in total day C3 ratings among 18-49 viewers in 2014 versus the previous year, with kids programming down 10%, according to MoffettNathanson Research.

Looking over a five-year span, those categories each have slipped 5% (at compound annual growth rate, CAGR). General Entertainment programming has a 49% share of the total 18-49 gross rating points; non-fiction has a 12% share; and kids has a 10% share.

The results for General entertainment programming, research says, in an analysis of total day C3 18-49 gross rating points among the major acquired shows, include “Law & Order” (falling 15%); “NCIS” (down 53%); “The Big Bang Theory” (off 11%) and movie franchises.

Sports programming was the relative winner in 2014 -- only down 5% from a year ago.

The study says much of the 2014 drop in cable ratings occurred in the fourth quarter.

Writes Michael Nathanson: “While we acknowledge that the world is changing, we are not sure the 2014’s magnitude of decline can be logically explained by just SVOD or DVRs. Perhaps measurement issues are a contributing factor.”