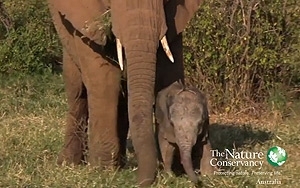 When it comes to a social media following, nonprofits are more effective than most marketers, and it’s not just because elephants and honeybees inspire more passion than this week’s “40% off” sale.

A new analysis from Brandwatch reports that marketers could take a few lessons from the social-savvy tactics of such nonprofits as the Nature Conservancy, UNICEF and the Sierra Club. On Facebook, for example, leading nonprofits get 1,722 likes, 321 shares and 94 comments for just about every post or comment published, “significantly higher than it is for most industries,” says James Lovejoy, a content researcher at Brandwatch and one of the report’s authors. And Twitter also proves how much people like to spread the word about their favorite causes, with each nonprofit tweet earning about 31 retweets and 7 replies.

“Some of the difference is basic,” he tells Marketing Daily. “People are naturally more inclined to get behind an organization that’s trying to better the world, versus a company that is just trying to sell you a product. And they’re more apt to share things from nonprofits, as well.”

But beyond that, he says nonprofits also score points with followers because they’re better at thinking long-term. “Their mission isn’t going to change overnight, so a lot of these organizations are looking to engage users over a long period of time, to maintain their future.”

And while many brands hope to build on consumers’ interest by partnering with nonprofits, and positioning themselves as allied to key causes in their target audience, “it’s tricky,” he says. “While some brands have done it with varying levels of success, there is the risk that people will read it as simply hopping on board a cause to sell more product.”

Lovejoy says such nonprofits as NPR, UNICEF, Sierra Club and The Nature Conservancy are among the strongest social performers. Brandwatch also tracks retailers, and says Nordstrom, Macy’s and Ikea are among the best. Nordstrom wins especially high marks for its consistency, “which really helps establish an organization’s image and values over time,” he says.

Some brands, such as Patagonia, have had success with long-term commitments to causes that resonate with their core audience. “Maintaining consistent dialogue with consumers about the connection helps,” he says, “because without that, tie-ins with nonprofits come across as side projects. If you keep a consistent tone in your content over time, that’s much better.”

Of the 24 nonprofits it analyzed for the report, 19 allow people to use Facebook’s check-in feature, earning an average of 51,912 check-ins per day. Leading retailers, in comparison, generally get fewer than 7,000 check-ins daily. And image links generate the most engagement, typically triggering more than 2,000 likes, 160 comments and 630 shares. Photos were the next most effective, followed by video, with status updates coming last place.

And for brands and nonprofits alike, image links are the most effective way to communicate, rather than just plain photos. “Yes, the cute elephant is very sharable,” he says, “but at the end of the day, people connect with information and something that takes them a little deeper.”