5% of Google Site Visitors Have An Ad Injector Installed 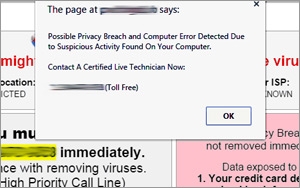 Google wants to rid ad-injecting extensions from its Chrome browser after finding that nearly 200 exposed millions of users to deceptive practices or malicious software.

Ad injectors are programs that insert new ads, or replace existing ones, into the pages site visitors read. The Mountain View, Calif. company received more than 100,000 complaints from Chrome users about ad injection since January 2015. The number adds up to more than network errors, performance problems, or any other issue.

Researchers also classified 34% of Chrome extensions injecting ads as malware. The research found 192 deceptive Chrome extensions that affected 14 million users, which were since disabled. Google now incorporates the techniques researchers used to catch these extensions to scan all new and updated extensions. The company will release additional research on May 1, examining the ad injector ecosystem in depth to increase awareness about and scale of the issue.