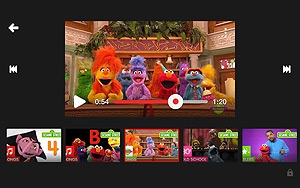 Several consumer groups are speaking out about the way that Google's new YouTube Kids app intermingles commercial and user-generated content with entertainment geared for children, and they say some of the practices even violate the site's stated policies for the intended age group, between 2 and 8.

The complaint with the Federal Trade Commission claims that Google's new app videos mingle entertainment with commercial content. The strategy appears deceptive, they claim, mostly because broadcast television would not accept this type of intermingling.

Google worked with numerous partners and child advocacy groups when developing YouTube Kids. And there is a long list of don'ts for brands interested in advertising on YouTube, but the issues revolve more around content and how it is displayed along with branded entertainment.

"While we are always open to feedback on ways to improve the app, we were not contacted directly by the signers of this letter and strongly disagree with their contentions, including the suggestion that no free, ad-supported experience for kids will ever be acceptable," according to a YouTube spokesperson. "We disagree and think that great content shouldn't be reserved for only those families who can afford it."

Many video segments endorsing toys, candy and other products that appear to be "user-generated" content have undisclosed relationships with product manufacturers in violation of the FTC's guidelines concerning the use of endorsements and testimonials in advertising, per the letter the groups sent to the FTC Tuesday.

Jeff Chester, director of the Center for Digital Democracy, told the San Jose Mercury News: "We want Google to pull all of its unboxing videos from the app," because there's no disclosure of who actually owns those channels, making the user-generated content an ad for toys.

Some of the hoopla involves unboxing videos. The complaint says that unboxing videos on the app violates the FTC’s "Guide Concerning the Use of Testimonials in Advertising," per The Verge. It requires people endorsing products on TV to disclose connections with the manufacturer that might affect the credibility of the endorsement, but the Internet is not broadcast television. The unboxing genre features individuals opening newly bought toys, clothes, and electronics. Google said the trend was the subject of 20 million searches last year.

The groups include Center for Digital Democracy, Campaign for a Commercial Free Childhood, American Academy of Child and Adolescent Psychiatry, Center for Science in the Public Interest, Children Now, the Consumer Federation of America, Consumer Watchdog, and Public Citizen.