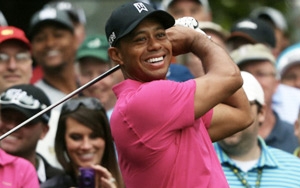 As anyone on either side of a loyalty-points transaction knows, rewards drive engagement. Especially when the transaction involves planes, hotels and rental cars. But how about rewards for engaging with professional sports, such as the PGA Tour? The Tour has, in fact, launched a points rewards platform to drive fan interest and interaction across desktop, mobile web and app properties.

The platform, via cloud-based firm SessionM, is also about boosting app retention and social sharing. The way it works is that PGA Tour fans get “mPoints” across the Tour's properties for doing things like checking on any of the PGA Tour’s six Tours, sharing content, selecting favorite players, viewing scorecards and signing up for fantasy golf tournaments.

The professional golf organization says it reaches about a million fans per day via its apps, mobile web, and desktop and that its iOS and Android app provides real-time leader boards with access to player scorecards, profiles and videos, access to live video for PGA Tour tournaments, course details and news from PGATour.com. Engaging with any of them garners points that can be redeemed at a SessionM-moderated hub for things like gift cards to Starbucks and other partners.

Scott Gutterman, VP of digital operations for the PGA Tour, tells Marketing Daily that the goal is for PGA Tour to be accessible anywhere. “We are trying to be a ubiquitous platform, so no matter where you are, we are reachable. With four days of competition at each Tour event, we know fans will be at work, at home, etc. We want to make platforms more social, accessible and easier to share.” He says he also realizes consumers have come to expect a value exchange. “If they are coming and spending time, we provide them with a personalized experience where they also get rewarded.” He says over 60% of PGA Tour fans are visiting the Tour digital properties. “We are looking to keep them engaged.”

Paul Krasinski, SVP of business development at SessionM, tells Marketing Daily that the firm’s redemption hub, where people go to redeem rewards, feels like visitors are in the PGA Tour experience. “Our role is curator, giving them services and access to sweepstakes. So we're a silent partner.” He says the PGA Tour also gets access to people in other programs SessionM does with the likes of NASCAR and the New England Patriots. So, in theory, they might be served an invitation to visit the PGA Tour content. “There are 80 million people earning points across these and they can discover and engage with the PGA Tour as well,” he says. The company says it does about 1,500 loyalty programs for leading brands, reaching a total of 80 million users each month.