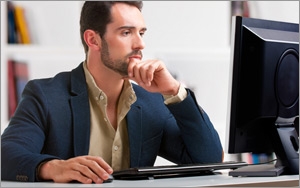 Search that contains an image continues to attract brands running ads on networks like Google, Bing and Facebook. Google Shopping Ads rose 37% in Q1 2015, year over year (YoY), per a report released Wednesday.

Yahoo and Bing product ads made the biggest gains among retailers in the quarter, up about 72% sequentially for Product Ads, and 51% sequential uptick for text ads. The findings from the Adobe Digital Index (ADI) released Wednesday are based on more than 525 billion Google and Yahoo-Bing network ad impressions in aggregate.

ADI also found optimizing click-through-rates (CTR) depends on search engine spend allocation per industry. For example, top performers in both travel, and media and entertainment allocate twice their paid-search spend to the Yahoo-Bing network, compared with other industries. Google, however, still gets the majority of spend. On the other hand, top performers in the auto industry heavily favor Google when it comes to paid search.

"For a year I've said the Google Product Shopping Ad should expand out to travel," said Tamara Gaffney, principal analyst for Adobe Digital Index. "The Shopping Ad is really a great format they can incorporate into travel, and perhaps bring some of those ad dollars back from Yahoo Bing."

In social media, brand posts continue to rise, but the findings show a 35% annual decline in organic impressions in Q1 2015. Paid social impressions rose 8%, yet declined sequentially on Facebook, according to Gaffney. She points to Meerkat and Periscope as the two new social sites beginning to take hold. Between March 1 and April 15, users put up about 2 million posts on Twitter through Meerkat, which lets users tweet live video, and Twitter-owned Periscope, which works similarly.

Overall, old-school social organic marketing continues to decline in efficiencies. The travel industry suffered the most when tracking interactions. The rate fell 25% from 4.4% in Q1 2014 to 3.4% in Q1 2015. Links are the only type of post rising, which represents 1.8% of all interactions, but the stark drop in text interaction rates fell from being dominate 18 months ago to .9% today. Most brands have switched to images and links.

Organic social advertising may be suffering, but Tim Waddell, director of product marketing for Advertising Solutions, said that product ads newly launched on Facebook will attract more ad dollars. Facebook has begun to take email lists, turning them into audience segments to use as targeting across the site, he said. It's a move Google is contemplating for search.