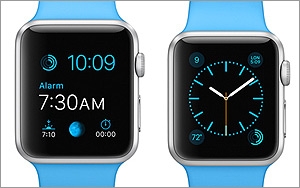 Anticipation has run high for Apple's new Watch which debuts today, but Apple may have a disappointment on its hands. Nearly two in three people age 18-65 (62%) say they have no interest in owning the Apple Watch, according to Horizon Media's Finger on the Pulse survey.

“The results surprised us because new Apple products are typically in high demand,” said Kirk Olson, VP of Trendsights at Horizon Media. “It’s true that consumers often don’t see the potential of new technologies before experiencing them first-hand. But the high level of negativity is a clear signal consumers are questioning the value of yet another connected device, even if it is from Apple.”

Although price is cited as the top reason for this disinterest, the biggest challenge may be consumers’ lack of interest in owning another connected device. When asked for the top five reasons they aren’t interested in Apple Watch, more than half of detractors (53%) say they simply don’t want another connected device while nearly 4 in 10 say owning an Apple Watch would be “just another technology distraction."

Other reasons they are not interested include being too small to use for texting, email, browsing the Internet, etc. (35%); using apps on the Apple Watch doesn’t appeal to them (29%); and it doesn’t add features or benefits they can’t get from other devices (25%).

Another major obstacle for Apple may be that the Watch is just uncool. The majority of men (62%) and women (54%) believe "wearing an Apple Watch will mean you are trying too hard to be cool.” And although men are typically viewed as early adopters of tech, men are less likely than women to say “wearing an Apple Watch will mean you are a tech-forward person” (46% vs. 58%) and more likely to feel that Apple Watch doesn't provide features or benefits they can't get from other devices (32% vs. 19%).

Still, there is not all doom and gloom surrounding this newest gadget. Millennials, in particular, express the most interest in owning one, compared to 21% of Gen Xers and 14% of Boomers. Key appeals of the watch have to do with the ability to surf the Web from their wrist (54%) and no longer needing to always pull out their phone to do this (43%).

“Having grown up in a tech-enabled world makes it very natural for Millennials to be more open to the next and newest piece of technology. For them technology is just a natural part of life, and any improvements on the tech scene mean the potential for a better way of life. Their instinctual response is to see new devices as something beyond just technology, more as great opportunities—portals to know, do and be more," said Sheri Roder, chief of Horizon’s WHY Group. “This younger cohort identifies with Apple — and its products — because Apple tends to see the world the way they do."

Apple has always attracted its share of proponents and detractors. In fact, only 17% of those surveyed are neutral on the prospect of owning an Apple Watch, suggesting there aren’t many fence-sitters to convert to purchasers.

“Apple is a strong brand with a first-class marketing organization behind it,” said Olson. “If anyone can overcome the potential challenges, Apple can. But our research points out that the zeitgeist around mobile connectivity is evolving.”