You Are The Context: Mobile Is A Behavior, Not A Channel 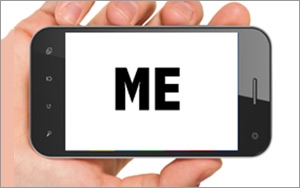 When I previewed this week’s Mobile Insider Summit last week, I asked jokingly, “How is mobile still a thing?” One of the things I was trying to get at is how blithely and thoughtlessly we may be “migrating to mobile,” by somehow mistaking this platform as the Web shrunk small. In the rush to responsive designs, “seamlessness” and unified branding and being “screen-agnostic,” it's too easy to overlook the radically different circumstances of media consumption mobility introduces.

I was pleased this week to see this idea played out in many of the panels and presentations. A few major points stand out that coursed through multiple sessions.

The new context is you, not necessarily place or surrounding content. This idea resonated with the panel on native advertising on mobile platforms. Moderator Mike Grehan of Acronym made the point that in its first iterations, native advertising online took its cues from classic print advertorial. On mobile especially, however, the idea of native is evolving quickly.

Starcom’s Erin Kienast extended the point by arguing that mobility allows marketers to be “native” not just to publisher content but to situations and even physical states. Increasingly intimate devices like Apple Watch and fitbits allow marketing that is native to your state of being. She underscored how much this shifts us away from traditional media as we have known it. Advertisers now are partnering with the holders of a different class of data -- which changes whom you partner with and how you conceive valuable content native to the platform.

One of my takeaways from this panel was that “native” on mobile makes the user and her current state the real determinant of context, not the surrounding media.

This idea was developed further in the later panel on second-screening in the living room. 3Q Digital’s Craig Weinberg argued that viewers are in many different modes when watching TV, according to the nature of the content and the level of their investment in it. A show like “Mad Men” demands first-screen attention in a way other programming, even scripted shows, doesn't. There may be a lot of social/mobile activity going on regarding the show, but it often goes on after the show airs, and on a multitude of blog channels other than Twitter.

So media companies really should be profiling their audience’s mode of engagement for a given show and even building out maps of their social footprint. Users create social contexts far apart from the ones the media owners build. Rather than fight this behavior, why aren’t publishers treating these venues as opportunities for audience extension and helping their own ad clients buy inventory and presence on the third-party sites where the post-show chatter occurs?

My point is that mobility further decouples media from audience because mobile is really a collection of behaviors, not just another channel. That is one of the reasons why the word “data” was uttered so much this week. More than a few speakers emphasized the need to think beyond targeting a screen or specific media. Let the data tell you what people really are doing on their devices, and then target the behaviors that match marketing goals.

In the short term, mobile media is enjoying the benefits of simply “following the eyeballs” onto devices. But that reflects a crude understanding of what mobility is all about, and its shelf life may be limited.

All the onstage content from this week’s Mobile Insider Summit, now in its seventh year, is available in video links on the show agenda page.