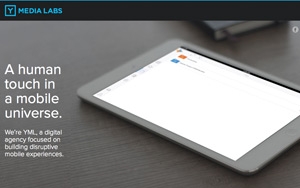 MDC Partners confirmed today that it has acquired a stake in digital and mobile agency Y Media Labs. Terms of the deal were not disclosed.

The agreement is the first strategic deal announced by MDC since it disclosed late last month that it is the subject of an SEC investigation looking into its accounting practices and third-party trading activity.

"In today's environment, mobility is at the very core of how brands need to approach their business and how they go to market," said Miles Nadal, chairman and chief executive officer of MDC Partners, who has agreed to repay the company $8.6 million in red-flagged expenses triggered by the ongoing SEC investigation.

With Y Media Labs as a partner, Nadal added, “our network can even more powerfully help clients connect deeply with consumers, inventing and building to create new revenue streams and increase marketing ROI.”

Recently named one of “America's Most Promising Companies” by Forbes, Y Media Labs was founded by CEO Ashish Toshniwal and CTO Sumit Mehra in 2009.

"With mobile increasingly acting as a growth engine for brands, and with the increase in mobile-first companies, we are finding ourselves at a critical inflection point not only in the life of our agency, but in the way that mobility is changing the face of business," said Toshniwal. "Our clients are looking to us to define how mobile will impact their growth.”