And The Media Network Of The Year Award Goes To...No One, Cannes Has Shelved It 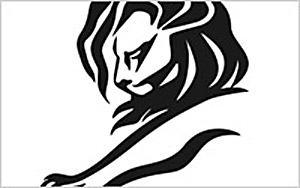 In what sources said was a highly unusual move, The Cannes Lions organization has shelved its Media Network of the Year award for 2015.

The award was introduced last year as a replacement for the previously issued Media Agency of the Year Award, which isn’t coming back either. Sources said that the Cannes Lions Festival frequently adds awards, but couldn’t recall a time when the organization cancelled an award seen as one of the top honors at the Festival.

This year’s Media Network of the Year award was scuttled, sources said, because holding company media agencies couldn’t agree on what constitutes a media network and the Cannes Lions organization wouldn’t rule without a decision that was “satisfactory to all parties.”

Last year Starcom MediaVest Group won the award, and Cannes received complaints from competitors who contended that it was unfair to allow SMG to compete as one network with three major agencies contributing to its point tally including Starcom, MediaVest and Spark.

Some agency executives were angry about the shelving of the award, suggesting that it made the media agency sector look like an afterthought within the broader industry and the Cannes Lions organization look weak for not being able to gather a consensus and make a decision in time for this year’s Lions Festival. The festival begins June 21. Some media executives wondered why they spend millions applying for awards and attending the festival if arguably the most prestigious Lion in the media space is being scotched -- at least for this year.

Agencies contacted declined to comment on the record about the contretemps or didn’t return queries.

In a letter sent to media agency executives, the Cannes Lions group said that “for some months we at Cannes Lions have been attempting to establish a way forward that is acceptable to all parties as it relates to calculation methodology pertaining to Media Network of the Year.” The group set a February deadline for coming up with an agreeable plan. That deadline came and went, and the group said it had “no option but to suspend the Award for the 2015 edition.”

In response to a follow-up query, Philip Thomas, CEO of the Lions Festivals, replied that “On Media Network of the Year, we are reviewing the methodology with the industry; this was a recent award at Cannes introduced last year and we think there are improvements we can make, but we don’t wish to rush it so have postponed it. We will be consulting with the industry after Cannes to find the best way forward.”

agency, awards, cannes
2 comments about "And The Media Network Of The Year Award Goes To...No One, Cannes Has Shelved It".
Check to receive email when comments are posted.
Read more comments >
Next story loading