The Making of Caitlyn Jenner: A Media Campaign Like No Other 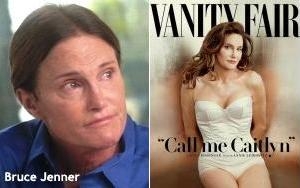 The central challenge was this: Manage an A-list male celebrity’s public transformation to female, which includes not only getting everyone to accept it, but to praise and honor it as well.

The goal: To make it possible for Bruce Jenner to live normally, and perhaps even profit from, his new identity as Caitlyn Jenner.

Maybe the bright prospects for Jenner in the court of public opinion are made all that much easier by the times we live in. I’m not sure when this happened, but somewhere along the line it became a “new normal” for a man to identify as a woman if he chooses without shocking his neighbors or otherwise drawing stunned stares wherever he then goes.

Of course, where staring is concerned, I doubt Caitlyn “Formerly Bruce” Jenner will avoid that. In addition, just because the neighbors might not act like they’re shocked doesn’t mean they’re not; they’re just afraid to say so, lest they be vilified by the speech police on social media.

Let’s review the Caitlyn Jenner rollout so far. You might say it began in an unmanaged way last year, with supermarket tabloids and TMZ.com trailing Jenner and noting in photos and videos how his physical characteristics such as his hair length seemed to be changing.

So Jenner eventually decided to bring an end to the speculation about his apparent transformation, which was already under way. His first order of business: Admitting in a People magazine cover story in early February that, yes, he’s undergoing this transformation.

Then, that same week, he was interviewed by Diane Sawyer for a two-hour prime-time special that didn’t turn up on ABC until nearly three months later on April 24. The special drew a very robust audience of just under 17 million viewers. But Jenner didn’t allow Sawyer and her crew to film him dressed as a female, nor did he divulge the name he would adopt and announce this week.

After giving this TV exclusive to Sawyer and ABC, Jenner then took up the opportunity to amplify his transformation story in the context of his reality-TV family -- the Kardashians, plus his two daughters Kylie and Kendall Jenner. His “journey” became the focal point of a special edition of “Keeping Up With the Kardashians” that aired in two parts on E! on May 17 and 18.

This week, in the most stunning development so far, he’s the sultry cover subject on Vanity Fair magazine, declaring that from now on he shall be known as Caitlyn. The nation’s media immediately started referring to him as “her” and “she.”

Enlisting Vanity Fair was a shrewd step in the Caitlyn rollout because this is a magazine that still possesses a reputation as “classy,” “smart” and “literate.” And it gave Jenner access to a star photographer, Annie Leibovitz, and a star writer, Buzz Bissinger -- elements that helped make for a coming out that was polished to a high gloss.

It also helped that the magazine cover photo and feature story (in the July issue of VF) were kept so hush-hush until the announcement on Monday. The secrecy ensured that the announcement and accompanying image achieved maximum impact on social media, the entertainment-news Web sites and TV shows, and TV newscasts all over the place where the story was positioned high on everybody’s news lists.

And on the same day, the story was propelled forward with the announcement that Jenner would receive the annual Arthur Ashe Courage Award to be bestowed July 15 at ESPN’s ESPY Awards in Los Angeles. This annual awards telecast can likely look forward to record ratings as viewers who otherwise would not give a hoot about the ESPYs will tune in to see Caitlyn in what is being billed as her first live-TV appearance.

The timing for Jenner is perfect. Just about two weeks after the awards -- on Sunday, July 26 -- Caitlyn’s new reality show (which is not yet titled) will premiere the first of its planned eight episodes on E!. I predict the newly out Caitlyn will be out and about promoting the show on TV and in magazines in the days leading up to the premiere.

What’s my own opinion? That the rollout has been very shrewdly managed, although I have to question the choice of the name Caitlyn. This is a person -- a man -- undergoing a gender-reidentification process at age 65. “Caitlyn,” therefore, strikes me as a “young” name, not one likely to be given to a girl born in 1950. Which has me wondering: What was wrong with Linda, Karen or Barbara, if you don’t mind my asking?

ad campaign, celebrity, gender, pr, tv
10 comments about "The Making of Caitlyn Jenner: A Media Campaign Like No Other".
Check to receive email when comments are posted.
Read more comments >
Next story loading