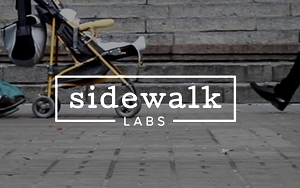 Google will start and fund an independent company dedicated to creating new technologies aimed at improving urban life. The start-up, Sidewalk Labs, will provide the technologies and partnerships that make a difference, according to Google cofounder Larry Page in a Google+ post.

The independent startup will incubate urban technologies to improve city life. Daniel L. Doctoroff, former deputy mayor of New York City for economic development and former chief executive of Bloomberg L.P., conceived the idea and will head the company.
Comparing the startup to other Project X startups, Google CEO Larry Page wrote in a Google+ post that the company's investment in Sidewalk Labs is relatively modest, although he is optimistic that it can support changes in urban living.

"Making long-term, 10X bets like this is hard for most companies to do, but Sergey and I have always believed that it's important," Page wrote. "And as more and more people around the world live, work and settle in cities, the opportunities for improving our urban environments are endless. Now it’s time to hit the streets and get to work!"

Google has created other stand-alone companies to run independently of the search giant. It launched life sciences company Calico in 2013 to extending the human life span. Calico, run by Arthur Levinson, last September announced a research and development facility, along with a partnership with biopharmaceutical firm AbbVie to pour up to $1.5 billion into a research facility focused on fighting age-related diseases.