StrawberryFrog Chases 'The Monster' For Orexo 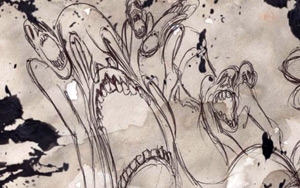 Swedish-based pharmaceutical company Orexo is a launching a new campaign with the help of ad shop StrawberryFrog for the drug Zubsolv, a treatment for opioid dependence, which many believe has reached epidemic levels in the U.S.

Almost 5% of people who have been prescribed opioid pain relievers develop an addiction to them, according to industry research.

In addition to promoting the drug, the campaign is designed to spark discussion and provide information that hopefully will save lives.

The campaign is called 'Out The Monster.' It is designed to de-stigmatize accidental opioid addiction and help patients develop the confidence to come forward and seek the help they need.

The creative introduces the idea of a “Monster” that must be “outed” because of the deadly havoc it is wreaking nationwide. A chilling short film, for instance, shocks the viewer with a blood curdling voice of a lurking diabolical monster that thrives in the shadows in small towns, big cities and in public places, preying on everyday people who become accidental opioid addicts.

In addition to the film, the campaign features digital and social elements and media, events and leadership conferences, and a handcrafted book entitled 'Out The Monster,' which describes the growing blight of accidental opioid addiction, the warning signs and how people can help fight it. Collectively, these channels are designed to attract people to the OutTheMonster.com website.

"The ‘Out The Monster’ movement encourages the public to rally together and do something about the epidemic of accidental opioid addiction,” said Robert DeLuca, President, Orexo. “With a hair-raising film, informative Web site and broad social media presence, we're doing our part to cut through the noise and tackle a hugely important issue that has been hidden for far too long.”

StrawberryFrog won the Orexo account earlier this year. The client had previously taken a more traditional pharma approach to promoting the drug. The new effort, said StrawberryFrog CEO Scott Goodson, "marks a change from the dry, technical disease awareness campaigns in the pharma sector.” The work, he added, “speaks to the four and a half million people who are at risk of succumbing to the Monster."

In March, Orexo launched its first new higher strength Zubsolv tablet, one of several new dosages it plans to introduce this year. The drug was first launched in the U.S. in 2013.