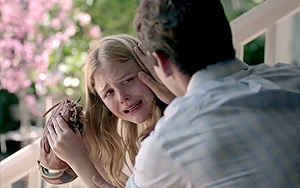 Travelers has launched a TV campaign to illustrate the commitment and care the company has for its customers.

TBWA\Chiat\Day NY has created three new TV spots for Travelers which broke during the 2015 Travelers Championship, which aired on The Golf Channel and CBS from June 25-28.

The new spots are titled "Growing Up," "Charging Station," and "Bakery."

“The campaign targets existing and prospective customers, independent insurance agents, and employees,” says Lisa Caputo, executive vice president and chief marketing and communications officer at The Travelers Companies, Inc.. “We want to reinforce that Travelers is there to help people protect the things they care most about.”

This is the agency’s first work for Travelers since winning the business earlier this year. The campaign is open-ended and targets a variety of customers.

"We are a company that cares deeply about our customers,” Caputo says. “These three new television commercials demonstrate that commitment by capturing the heart and soul of Travelers and making an emotional connection with viewers."

The media schedule aligns with the company’s PGA Tour title sponsorship and runs primarily on NBC, The Golf Channel and CBS golf programming through the end of the golf season. Other high-value programming opportunities are being considered.

The company is developing a marketing program in support of its independent agent channel, Caputo says.

"The convention in the insurance category is to use humor to gain awareness,” says Rob Schwartz, CEO at TBWA\Chiat\Day NY. “We went in a different direction and delivered emotion. Travelers is a company that truly cares about its customers, so we tried to frame that feeling."