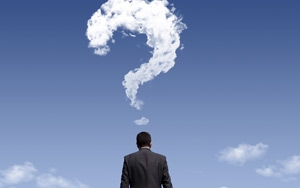 Data in archived documents in Google's transparency report reveals the scale and the types of removal requests. Many of the details made public have virtually gone unnoticed. Others, it seems, the company declined to publicly share in the past. The links are tied to the "Right To Be Forgotten" requests, since launching the process in Europe.

The data brought to light by The Guardian covers more than three-quarters of all requests to date. It also suggests that less than 5% of the nearly 220,000 individual requests made to Google to remove links to online information concern criminals, politicians and high-profile public figures. More than 95% of requests come from the general public.

The manpower required to keep up with the requests seem staggering. Google did release an official report highlighting some of the URLs it refused to take down. One example of a request in which Google did not remove involves a priest convicted for possession of child sexual abuse imagery in France. He asked Google to remove articles reporting on his sentence and banishment from the church.

Another instance in Austria involves a couple accused of business fraud asking to remove articles about the crime. Someone in the Netherlands asked to remove more than 50 links to articles and blog posts reporting on public disapproval over accusations that he abused welfare services. In these instances, Google did not remove the pages from search results.

Since the law went into effect in May 2014, Google's statistics show the company evaluated the removal of 1,030,182 URLs. Google has received about 283,276 requests.

Of total URLs requested removals and removed from search results, which in aggregate accounts for 8%, Facebook is the No. most impacted by the URL removal request with 8,032 requests to date, up from 4,892 on Jan. 2, 2015. YouTube URL removals account for 4,551, up from 2,987, respectively.