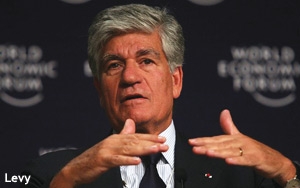 You got to spend it to make it, as the saying goes.

Publicis Groupe is spending millions (as are other holding companies) in its efforts to prevail in a number of ongoing reviews, especially media reviews by big marketers like Coca-Cola and Procter & Gamble.

Publicis Groupe’s SMG is an incumbent in both of those assessments, among others.

With more than 20 major accounts in review, Publicis' non-billable costs related to these reviews were 10 basis points of operating margin (a tenth of a percentage point) in the first six months of the year.

Publicis expects this number to grow "slightly bigger" for the rest of the year, as the review process ramps up. Levy expects the majority of these accounts to be announced mid-August through November.

These "festival of reviews" are due to the strengthening economy after clients delayed pitches thanks to the "uncertainty of times," Levy said during a conference call with analysts to discuss second-quarter and first-half financials. As a result, Publicis is extremely active in both defending accounts and seeking new business.

"I am not saying we are going to keep all of our clients and win all clients that put their accounts in review,” he said. But he added that newly acquired digital shop Sapient is proving to be a strong addition to its presentations by adding value through its strength in managing data.

Although Sapient helped the network's revenue grow in the first half 35.3% to more than $5 billion (4.5 billion euros) and net income increased 40% to $400 million (363 million euros), the digital shop did face some pressure due to the fact that energy services comprise a significant part of its client base and one large European client decreased its spend in the first half of the year.

According to Levy, the company is presenting clients with a more integrated service offering than in the past.

"Less silos and avoid the bozos," he joked. "We are now delivering integrated solutions.” Heineken, for example, recently selected the agency globally, after several of its agencies handled region-specific business and he expects to win more major accounts thanks to its ability to collaborate better across geographic regions.

Still, if Publicis were to lose all pitches currently in review, the impact is likely to be 2% to 2.3% of its revenue. "We may lose one or two, but there won't be a big shift in total. Things won't change that dramatically," says Levy. "We are bringing clients the right answers."

One unwelcome trend brought by these agency reviews is cost pressure. Both legacy clients and new ones are using these pitches to seek lower fees -- something Levy hopes won't last. Otherwise it will result in less "quality." Most decisions, he believes, are made across a number of factors and not simply price.

The company issued Q2 and H1 financials late Wednesday. Although Publicis Groupe's Q2 organic revenue growth of 1.4% is well below competitors Omnicom and Interpublic (both reported earlier this week), the Paris-based holding company anticipates “accelerated organic growth” in the second half of the year, as well as double-digit increases in revenue, operating margin and earnings per share for the full year.

Acquisitions contributed $424.4 million (387 million euros) or 22.0% of Q2 2014 revenue. Publicis isn't planning any major acquisitions the rest of the year. And while "we have a lot of people making proposals to us," says Levy, expected deals are "very small in numbers" with only one or two over $50 million.