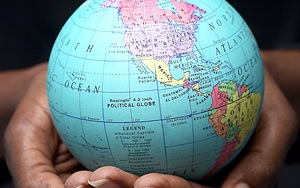 An eBay director of global ecommerce and payments has updated a patent for an algorithm that ranks search query results based on matching language with geographic region. The patent supports search in worldwide electronic commerce, according to the filing with the U.S. Patent & Trademark Office.

The patent, Ranking and Recommendations Algorithms for Search Listings, describes how the search engine identifies and prioritizes results based on the geographic region and language of the search query. From the patent's description, it appears that eBay's Frederic Billou developed a ranking algorithm that makes it easier to identify cross-border transactions and rank them based on language and region.

eBay needs a globalized local method to trade products, allowing the algorithms to rank products according to region and language. It makes sense when digging into eBay's strategy, which urges U.S. sellers to think beyond the domestic market and focus more on overseas. It will need to think more globally since breaking off with PayPal, which contributed a chunk of revenue. In July, eBay and PayPal split back into two separate companies. PayPal began trading on the Nasdaq under the ticker symbol PYPL, the same symbol it traded under before eBay bought in it 2002.

The patent ranks algorithms, recommendation algorithms, and other marketing tools to return more relevant items in search results based on geography and language. If a buyer in Mexico searches for an item available from both Spanish and German sellers, a ranking algorithm returns the item from the Spanish seller first or assigns a relevance weight to the language favoring items in which buyers and sellers speak the same language. The algorithm will take into consideration the IP address or a shipping address when the buyer signs in.

Two parties in countries where the language isn't the same are less likely to misinterpret the terms of a sale if they share a common language. If they do not share a common language, the ranking algorithm would determine the specific language for the region, such as Spanish for Spain or Mexico. "In conducting a search, the example system or method detects the language of a region where product sellers are located and ranks sellers having a language in common with the buyer higher in a listing of search results," according to the patent.