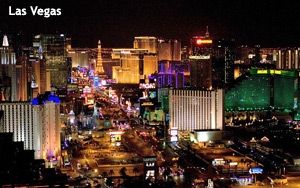 Search queries for air travel, hotel, and car rentals peaked in July -- rising 4%, 13%, and 15%, respectively in the first quarter of 2015 compared with the same time frame in the prior year, according to Google data.

More than 190 million people use Google monthly, making more than 100 billion searches. That’s 80% of all Internet users, per Google data. So the engine created a travel dashboard to gain insight into the places people travel to and from. The interactive dashboard uses Google data to show how travelers search. The Mountain View, Calif. company said it will update the tool quarterly to show the latest trends across car rental, air, and hotel categories.

Other types of brands and retailers should also pay attention to travel trends. Perhaps it seem obvious, but here's a reminder: brands and retailers in the "other" category may not provide rental car services or hotel rooms, but they do sell accessories, clothing, and other items required for trips.

Allegiant Air search queries rose 52% between January and June 2015 in the United States. Southwest Airlines followed, rising 25%, followed by Delta Air Lines at 19%, Jet Blue at 14%, and United Airlines at 12%.

Travelers also searched more on mobile phones for information on hotels, tours and attractions, air travel, car rentals, and cruises. Hotels led, rising 49% from January to June 2015 in the Untied States compared with the prior year. Cruises also rose 49% during that time frame. Tours and attractions followed -- increasing 47%; rental car, 47%; and air, 33%.

Mobile isn't just for passengers. On Wednesday Delta announced a guest services tool providing its more than 22,000 flight attendants with information so they can better engage with customers while in flight. It has data on each passenger based on their assigned seat.