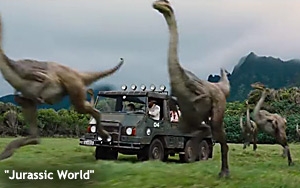 Through four months of the big summer season, movie studios have slightly amped up their national TV media buying -- with Warner Bros, Universal Pictures and Walt Disney as major spenders.

This year, industry national TV spending -- virtually all for theatrical movies -- is at $1.07 billion from May 1 to September 1, according to iSpot.tv -- up 3% over the $1.04 billion level of a year ago.

Big theatrical hits for the studio included “San Andreas,” which spent $36 million ($154.2 million in U.S. box office revenues) before its release on May 9, and “Mad Max: Fury Road” at $21.3 million (and $153 million in box office). It opened May 15. Recent advertising for Warner has come with “The Intern” and “Black Mass.”

Another big box-office earner is “Minions” at $26.4 million (getting box-office results of $324.8 million).

Late-season, surprise performer “Straight Outta Compton” ($134 million in box office) has seen the benefit of $22.8 million in media. Current Universal Pictures advertising has been for “Everest,” “The Visit” and its DVD/Blu-Ray release of “Barbie Rock ‘N Royals.”

Sony Pictures has struggled this summer -- especially with “Pixels.” It spent $32.0 million in national TV dollars for $70.9 million in U.S. box office revenues. Total national TV spending from its Columbia Pictures unit has been at $62.1 million.