Search Data For Same-Store Sales Finds Some Stability In August 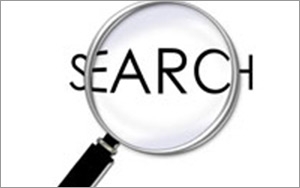 ChannelAdvisor released same-store sales (SSS) data that noted a bit more stability in August for brand terms in paid-search campaigns running across Google's network after seeing a boost in the cost per click for June and July.

Search SSS data came in at 12.4% for August down from -9.3% in July, driven by pressure on conversion rates that fell between 2.8% to 3.24%. ChannelAdvisor attributes the decline to a continued increase in mobile shares vs. desktop. The average order value rose slightly, .5%, to $167.07.  CPCs fell 2.4% year on year. Based on those metrics even though clicks rose 3.6%, SSS fell driven by the drop in click-through rates.

August continued the trends we saw in Q2 with channels such as Amazon, Google Shopping, and Other 3PM exceeding the ~15% comScore e-commerce growth rate baseline, while eBay, CSE and Search grew slower than the baseline.  eBay Motors/P+A was the bright spot for eBay growing faster than e-commerce.

August is the start of the back to school (BTS) promotional activity, and with October around the corner we are fully into Holiday '15 mode, so we will be watching these trends closely.

Scot Wingo, executive chairman and founder of ChannelAdvisor, wrote in a post that companies like Amazon, Google Shopping, and others in August exceeded the approximate15% ecommerce growth rate comScore estimated as a baseline, while eBay, CSE and search grew slower than the baseline.

Already in September, search marketers have begun to think about holiday campaigns. About 59% of retailers in the U.S. and U.K. plan to start holiday promotions this month, according to ChannelAdvisor’s 2015 Online Retail Survey.

About 74% of retailers say holiday promotions make up between 20% and 29% of their annual sales. Among U.S retailers, 41% said Black Friday was the most profitable day of the year, with 47% of UK retailers saying the same.