Why U.S. Apparel Retailers Paid A Higher Cost Per Click 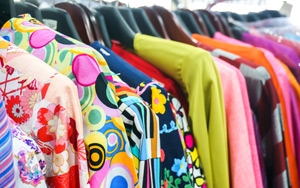 AdGooroo, a Kantar Group company, says there are two reasons why U.S. apparel retailers spend spent more of their budget on paid search compared with the U.K. One is the number of impressions gained, which shows that U.S. advertisers reach more consumers. The top 20 U.S. apparel advertisers in the study gained an average of 114 million impressions during the time period compared with an average of 38 million impressions for the top 20 U.K. advertisers, according to the data.

U.S. apparel advertisers paid an average of $1.28 per click in the first seven months of 2015 compared with an average cost per click of $0.49 for those in the U.K.