How Google Will Know You Better Than You Know Yourself 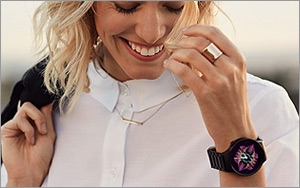 Google has updated a patent for a wrist-worn device with removable headset with the U.S. Patent & Trademark Office that has multiple sensors and can collect data such as heart rate, skin conductivity, movement rate, and frequency.

Skin connectivity and heart rate hold promises in terms of predicting user intent, although Google's patent inventors make no mention of using the technology to target advertisements or content. When connected to the Internet and given permission by the wearer, the possibilities for serving content -- from medical to retail -- become endless. In this scenario, search engine advertising and marketing turns into a push technology rather than pull, based on data.

The patent, originally filed March 2014, describes a variety of options. It features a wearable device such as a smartwatch with a removable headset. The wristband of the system may be used independently of the headset to collect data via a sensor, while the head unit is disconnected. Reconnecting the headset allows wearers to analyze data collected by the wristband.

Wearers can use a variety of wristbands with one headset to provide different sensors and capabilities. The patent describes wristbands with multiple types of batteries and sensors, along with a docking station to charge the band.

Dr. Thomas R. Insel earlier this week shared plans to join Google Life Sciences, stepping down in November and ending more than a decade-long tenure as director of the National Institute of Mental Health. He plans to develop technologies for early detection and treatment of health problems.

The wristband described in this patent will have the ability to collect data through sensors while the user sleeps, exercises, or goes about their daily activities. When reconnected to the head unit, the wristband may provide this data to the head unit for further analysis or processing.

In some configurations, the headset may have the ability to connect with other appliances, computing devices, and accessories. For example, per the patent description, the head unit may connect to an in-dash system of an automobile providing access while operating the automobile.

The headset also may connect to other wearable accessories, such as a lanyard, a necklace or other item of jewelry, an item of apparel to allow for functionality of the headset to be accessed when it may be undesirable to wear a smartwatch or similar device.