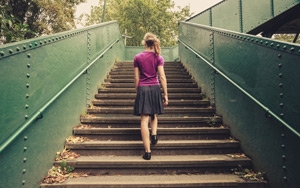 U.S. programmatic digital display ad spending will reach $15.43 billion in 2015 -- up 49.5% compared with 2014 -- and the majority of all spend this year will come from direct buys. It's one of the factors driving improvements at Simpli.fi. In fact, in the past 18 months, the company built up its platform threefold to take on 25,000 live concurrent campaigns.

Simpli.fi's platform -- which focuses on programmatic media buys for local campaigns -- uses unstructured data to target advertisements based on niche, local information. The focus turns toward many of the national brands such as Ace Hardware or Dunkin Donuts have local franchises.

"A Toyota dealer in Palo Alto with a lot full of Prius cars target a different customer than a Toyota dealer in Fort Worth, Texas, whose customers care more about Tundra pickup trucks," Prioleau says.

The platform taps search data, contextual and geo-fencing unstructured data, allowing Simpli.fi to target and optimize 1,000 to 10,000 elements on each campaign.

Prioleau says it increases the granularity between 100-times and 1,000-times more than the typical 10 targeting segments used by segment-based platforms to help advertisers target and optimize local audiences more effectively

Mobile programmatic media buys also continues to grow. In 2015, U.S. advertisers will devote 60.5.0% of programmatic spending to mobile impressions, up from 43.0% in 2014, according to eMarketer.