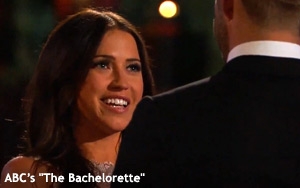 Commercial TV ratings continued their downward trend, sinking in the second half of the summer and into the new TV season.

ABC fared the best among the broadcast networks -- down 3% to 1.18 million 18-49 viewers -- as a result of higher viewing for college football and “The Bachelorette.” NBC was off 6% to 1.9 million, while Fox was down 15% at 1.1 million, due to fewer college football games in the period.

CBS was off 17% to 1.2 million, due to one less “Thursday Night Football” game and summer’s “Under The Dome” earning lower viewership results.

Three cable network groups were higher in C3 ratings for total day 18-49 viewership: AMC Networks, up 10% to 443,000 thanks to strong results from “Fear The Walking Dead”; Discovery Communications, rising 1% to 1.14 million; and Scripps Network Interactive, adding 1% to 673,000.

MoffettNathanson says Viacom was down 11% to 2.1 million, but showed some ratings improvement at Nickelodeon. Time Warner sank 2% to 1.9 million, hurt by the loss of Nascar. Walt Disney also suffered because of the loss of Nascar programming.