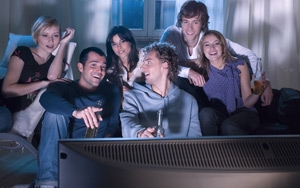 While much has been made of Millennials leaving traditional linear TV programming, some platforms have done better than others in retaining those young viewers -- specifically syndicated TV shows.

Looking at September -- the start of the TV season -- syndication TV programming pulled in a Nielsen average 0.4 rating among 18-34 viewers -- the same rating as September 2014.

“When shows segue into syndication, they tend to bring a younger audience than their concurrent prime-time broadcast run,” says Michael Teicher, EVP of media sales for Twentieth Television.

Teicher says the “Modern Family” median age on ABC is 46 years old, but 44 years old in syndication. “The Big Bang Theory,” while older, drops from 53 CBS in prime time to 51 syndication.

Twentieth Television has eight of the top ten 18-34-rated TV shows in syndication from September 21 through October 4. There is a three-way tie for the top spot among 18-34 viewers -- Warner Bros’ “Big Bang Theory,” Twentieth’s “Modern Family” and “Family Guy,” each with a 1.7 rating

Teicher says that as a result of the solid younger audiences, Twentieth has been seeing gains among new young-skewing marketers “especially in mobile and video gaming." He adds, "Plus, we are attracting larger, and new, theatrical business.”