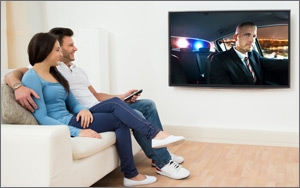 Programmatic advertising is everywhere, a digital video report from AOL confirms, with 91% of brands and agencies buying video programmatically and 88% of publishers claiming to sell their video inventory programmatically.

U.S. digital video ad spending grew 42% to $7.46 billion over the past year, per The State of the Video Industry report. It cited a survey of nearly 300 brands, agencies and publishers, finding that 32% of all digital video ad spend will be bought programmatically, a number projected to grow to 38% in 2016.

Additionally, 67% of agencies and 49% of brands plan to increase programmatic video buying in the next year.

Reasons for bringing programmatic in-house include the ability to integrate with automation and CRM systems; greater efficiency in planning, buying and reporting; and skepticism of agencies’ programmatic expertise.

The report quotes Kristi Argyilan, SVP, marketing of media, guest engagement and measurement, who said that every marketer is headed toward in-house capabilities because of first-party data. She added that Target has its own exchange and private marketplace with every channel represented.

According to the report, programmatic video buyers’ problems include: an inability to access premium inventory at scale; safety and quality concerns; integration into existing process and systems; lack of personnel; and ‘don’t know how to integrate it into their direct buying system.’