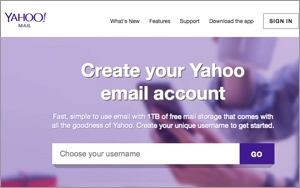 Starbucks put a red coffee cup in the hands of patrons Monday, marking the official start of the holiday season. With that red coffee cup, a slew of emails with holiday discounts and specials will likely follow from a host of retailers. A study released by customer engagement software provider Eptica on Tuesday suggests that email could become the strongest digital channel this holiday season for customer service.

Email has the best response rate among digital channels for customer service -- with 73% of email questions receiving a response, according to Eptica's report. This contrasts with social media, where only 20% of Twitter questions and 54% of Facebook messages received a response.

Eptica also discovered that although 99% of retail companies offered email as a customer service channel, only 81% actually responded to email questions. This means that 18% of companies don’t answer email queries at all, although they offer the service to their customers.

Fifty-four percent of the 1,000 consumers polled by Eptica responded that they desired an email reply within two hours -- a quarter of the time that retail companies are currently taking. Seventy-seven percent of consumers stated they would not wait more than six hours for a response.

With the holidays rapidly approaching, retail companies have begun expanding their seasonal customer service staff to meet the influx of orders and inquiries. Thirty-three percent of companies are planning to hire seasonal help this year, according to a recent study of 2,300 companies by CareerBuilder. Some 46% of those new jobs will land in the customer service department.

Customer service is crucial for holiday sales. Forrester Research states that customer service channels must go digital, especially considering that 55% of adults will abandon an online purchase if they cannot find a quick answer to a question. Companies have responded to this digital demand by leveraging social media as a source for customer care, and Gartner predicts that 90% of companies will use social media for their customer service by 2020.

Email marketers should note that customers are looking for fast responses to their queries, and companies should plan to expand their digital sector customer service teams this holiday season to meet customer expectations.