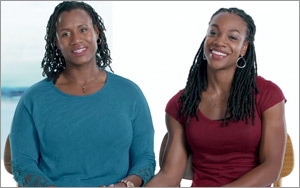 Massachusetts Mutual Life Insurance Co. is launching an effort focused on LGBT couples and the marriages that they are now free to pursue in the wake of this year’s historic Supreme Court decision on marriage equality.

Called “Vow to Protect,” the campaign, which features real couples, is a soft sell for the financial planning products for same sex married couples can obtain from the company to protect the ones they love.

Prior to the Supreme Court decision, the LGBT community had a more complex relationship with financial planning, as couples were faced with more challenges of navigating complex legal hurdles when establishing child custody, legal protections and final wishes.

MassMutual has been a longstanding supporter of the LGBT community, as an employer, an insurance provider, and a corporate citizen. In 2011, MassMutual was a “first responder” signatory of an amicus brief in opposition to the Defense of Marriage Act, says MassMutual CMO John Chandler.

"'Vow to Protect' reinforces our commitment as our customers continue to navigate the new protections they are entitled to now that equal marriage is the law of the land,” Chandler tells Marketing Daily.

The campaign from Mullen Lowe U.S. features a series of videos directed by award-winning documentary filmmaker Stacy Peralta and edited by Academy-Award nominated editor Sloane Klevin, using a simple setting and unscripted style to relay stories of falling in love, getting married, and looking to the future.

“Digital has been a great platform for the ‘Vow to Protect’ campaign as it has allowed us to tell thoughtful stories of real-life couples,” Chandler says. “There are no current plans to expand beyond this digital manifestation, but it’s not something we’ve explicitly ruled out.”