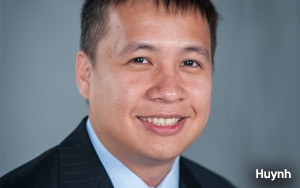 Ad tech startup AdSorcery is launching a platform for publishers to work around ad blockers.

Here's how it works: Based on dynamic algorithms, the platform changes its signature so ad blockers don’t recognize it when a user goes to a site.

Then the technology offers visitors a few options. They can opt to turn their blocker off, make a financial contribution to the publisher or see a different ad.

Tri Huynh, founder and head of business development for AdSorcery, said the point is to nurture the relationship between the publisher and audience instead of just throwing more ads on the page.

“We let the publishers offer a wide range of options so the users can understand oh, you know what, there’s a value chain process,” Huynh said.

When someone visits the site with an ad blocker turned on, the technology recognizes if the person is a frequent visitor, commenter or sharer.  Users who are very active may never see the AdSorcery message pop up, so they're not alienated by demands. Offering another ad is a last resort, Huynh said.

Tests have shown users respond better if they’re respected and given choices before being forced to watch an ad. That’s the key difference between AdSorceryand other solutions, he added: People are targeted differently.

AdSorcery’s current clients are Houston-area publishers. The company declined to mention specific clients because publishers outed for circumventing ad blocking can have their site  blacklisted. (Check out the “anti-adblock-killer” script on this GitHub page.)

After a year of testing, AdSorceryis up and running, with support from the Houston Technology Center, an accelerator.

In tests, almost 100% of visitors turned off ad blockers to support the publisher, Huynh said, and almost 9% were willing to pay a small sum. Reactions have been positive, and the company wants to continue improving the user interface and metrics to predict behavior.

“We want to reverse the trend [of ad blocking]” Huynh said. “We want to try to rebalance the revenue and user experience. The content you’re looking at, somebody paid for it. You have to do something that can compensate for that content.”