Google: How Mobile, Video, Search Meet On The Road To Car Buying 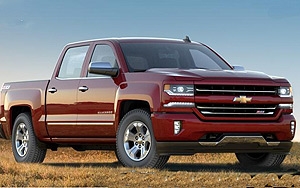 Searching on Google, Bing or Yahoo for a specific car's make, model and year is not new. In the late 1990s, I found and purchased a Jeep Grand Cherokee from an online advertisement. I reserved the car, drove to the dealership, took it for a test drive, and bought it.

Fast forward nearly 20 years later -- and search engines, and now mobile devices and video sites like YouTube, continue to change how consumers research and buy cars. This week Google released research on the changing landscape of car buying and the expanding role that video and mobile are playing as consumers shop for new vehicles.

The report takes analyses from Google search and YouTube, and combines this with new commissioned research from Millward Brown Digital on the Automotive Path To Purchase, to identify trends in what people watch, what they search for, and how YouTube and mobile have changed the way that auto shoppers make decisions.

While 60% of car shoppers enter the market unsure of which car to buy, the online tools enable the average car shopper to only make two dealership visits.

Data shows that video increasingly influences a consumer's early research. Of those seeking information from YouTube while buying a car, 69% were influenced by it -- more than TV, newspapers or magazines. YouTube has seen an increase in searches for car reviews on YouTube, from in-depth expert reviews from YouTube creators to more traditional industry reviewers that compare two models in the same video.

Views on YouTube of test drives, features and options, and walkthrough, have doubled in the past year -- and mobile searches from dealership lots rose 46% in the past year. Auto review videos on YouTube have been watched for more than 3 million hours in the first nine months of 2015, of which more than 1.2 million were on mobile -- more than two times as many as last year.

Search interest for pictures of specific car brands from Chevy, Ford, Mercedes, Lexus and others rose 37% year-over-year. about 80% of these searches occur on mobile.

An increasing number of consumers are searching for details on trunk space and towing capacity -- rising 15% and 30%, respectively, in the past year. Google says the data shows an interest for luxury options, too. Search interest for features like panoramic sunroof and backup camera rose 31% and 23%, respectively, year-over-year.

Google has also seen an increasing number of consumers looking for the value of their car. Search interest in trade-in value rose to a record level in summer 2015, up 17% in July. The report notes seeing more interest in trade-ins than during the Cash for Clunkers major push in 2009. And as of August 2015, more than 50% of these searches occurred on mobile.